Mayor Jiao and other Government Leaders came to SIRUI for Investigation

Mayor Jiao and the leaders mainly visited SIRUI's Culture and Product Exhibition Hall. SIRUI president - Mr. Jie Li and the Manager of the Brand Planning Department - Mr. BoruiBaointroduced the enterprise culture and SIRUI independent developed products to all the government leaders for their further understanding of SIRUI. 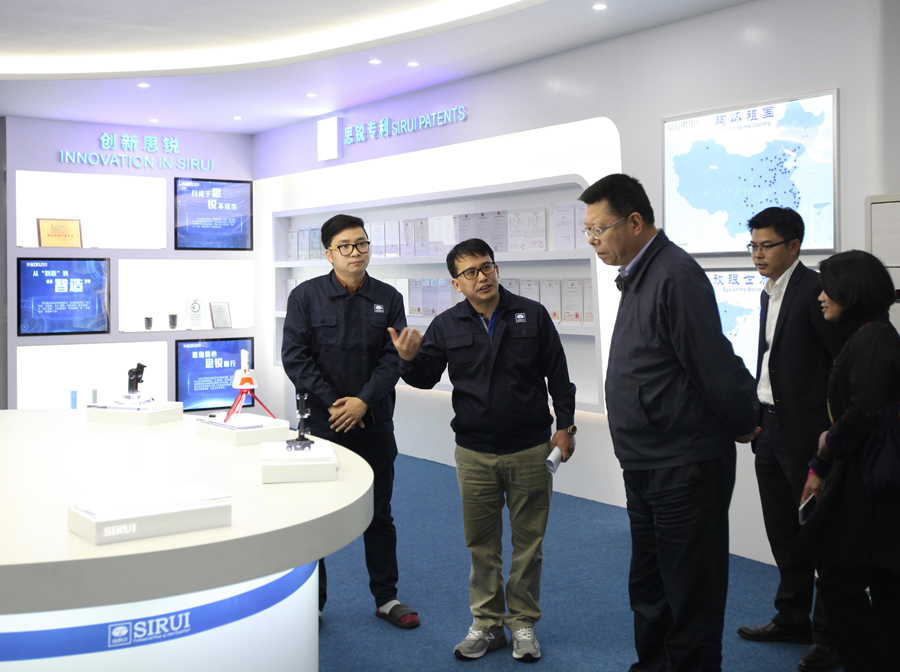 Under the guidance of SIRUI President - Mr. Jie Li and the Manager of the Brand Planning Department - Mr. BoruiBao, Mayor Jiao and other government leaders arrived at the SIRUI Intelligent Product Display Area. President Li and Manager Bao introduced the functions and applications of the SIRUI Handheld Stabilizer, Ballpod and other independent developed products to them. 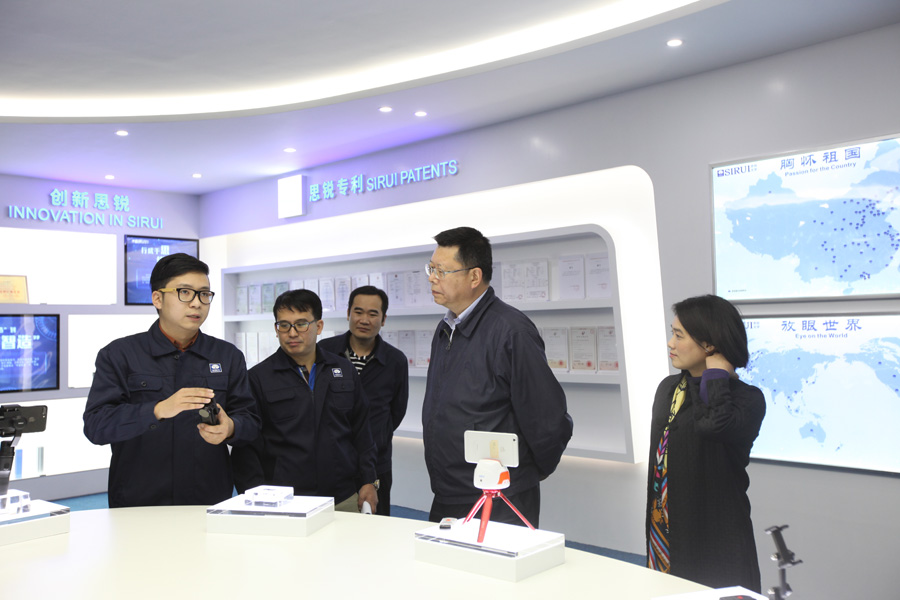 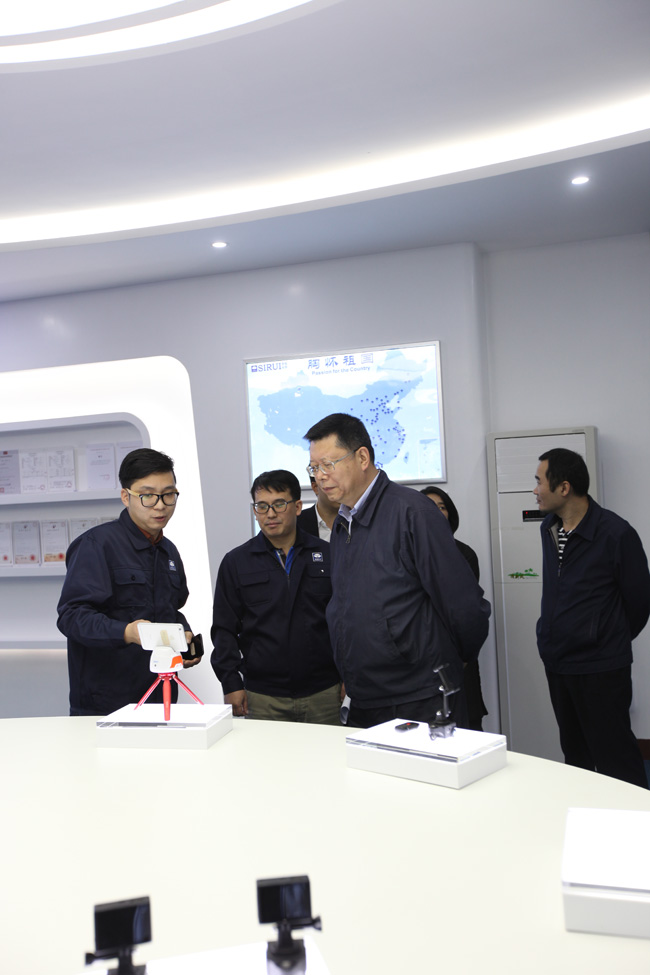 During visiting the Mobile Phone Lenses Area, President Li and Manager Bao told the leaders about the disadvantages of the mobile photography that SIRUI lenses could help to solve, and then showed the leaders the actual shooting result after attaching the lenses onto the mobile phone.After operated the products, Mayor Jaofound the SIRUI Lenses could be operated easily and helped to get high quality images. 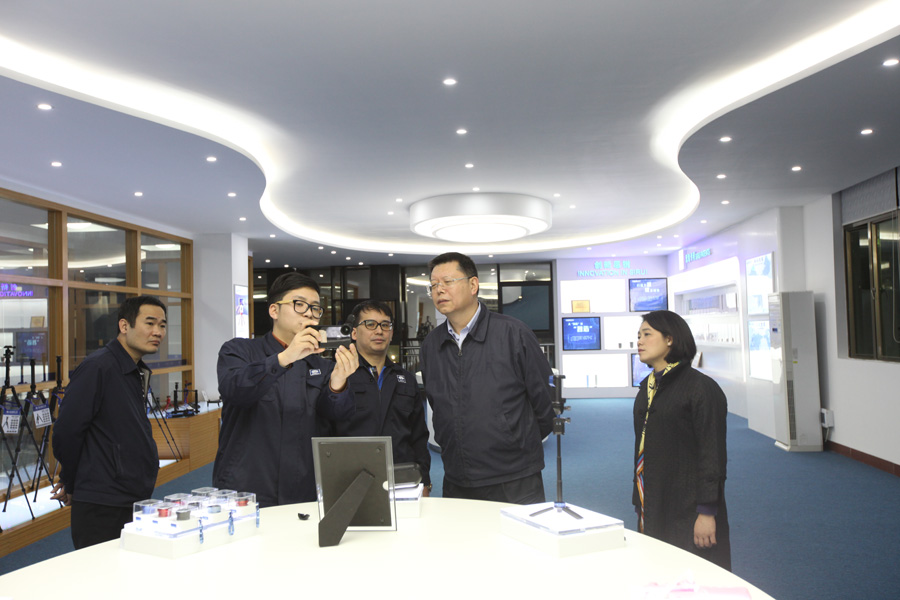 Later, the leaders arrived at the SIRUI traditional Photography Equipment Area. SIRUI's high quality tripods make it being a leader of the industry, and awarded the Guangdong Patent Gold Award and German Design Winner Award one after another. Mayor Jiao operated the tripods in person and found that SIRUI's tripods were really with high quality. 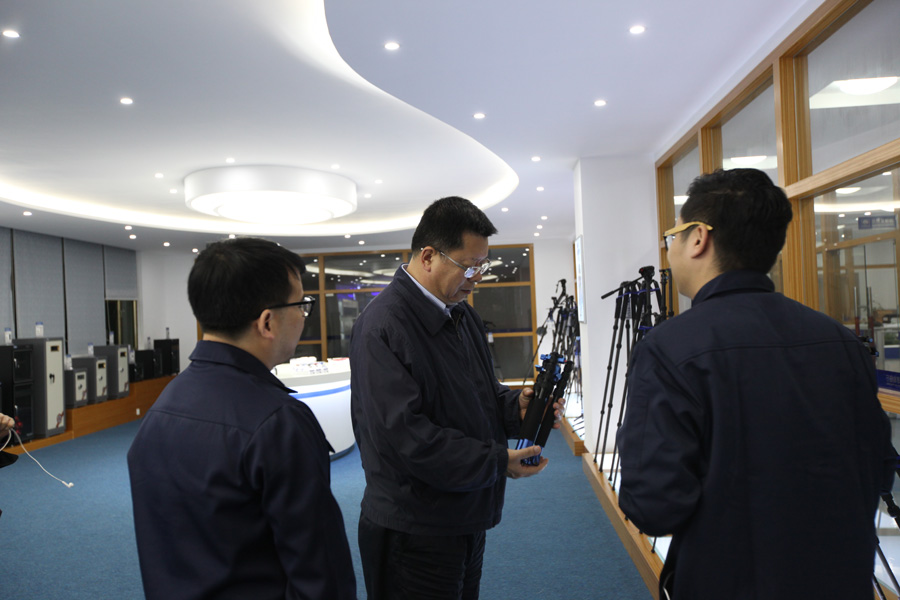 SIRUI's IHS Series Cabinets are not only with humidity control, security and unlocking with fingerprint functions, but also with Photocatalyst TiO2 and remote control technologies which make them become products that with advanced technology in the intelligent mobile era. Its core technology was awarded the Second Award of the Zhongshan Scientific and Technological Progress Award.Mayor Jiao and other leaders looked at the demonstration process of the Remote Controlled IHS Series cabinet carefully, and appreciated SIRUI's effort on the technology application.

After the visiting was over, Mayor Jiao and other leaders appreciated for the effort SIRUI paid and the achievements SIRUI got for its development, and was looking forward to SIRUI's further development of new products. Mayor Jiao appreciated the contribution that SIRUI provided for the economic construction of Zhongshan City, and hoped that SIRUI would increase its innovation ability on the research and development for the future development, continue to promote the enterprise comprehensive ability, and enhance its own position in the industry to provide more contribution to the development construction of Zhongshan City.