SIRUI President - Mr. Jie Li, the Director of SIRUI General Manager Office - Mr. Xingfu Su, the Manager of SIRUI Brand Planning Department - Mr. BoruiBao and other SIRUI Leaders gave a warm welcome to the government leaders for their coming, and expressed our sincere thanks to the attention and support from Ambassador Guicheng Lu and the accompanied leaders. 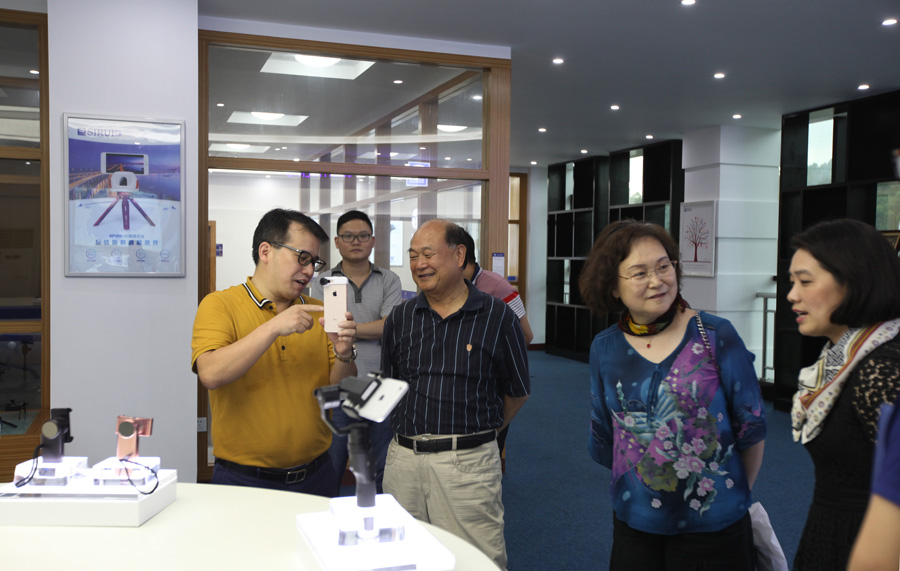 The intelligent product is a new product category that our company has developed this year. In the coming future, SIRUI will provide solutions for the imaging needs of medical, education, sports and other fields with mobile phones. After demonstration and introductions of products by SIRUI president Mr. Jie Li and the SIRUI Brand Planning Department Manager Mr. Bao, Ambassador Guicheng Lu and other government leaders gave positive comments on the independent research and development ability of SIRUI. 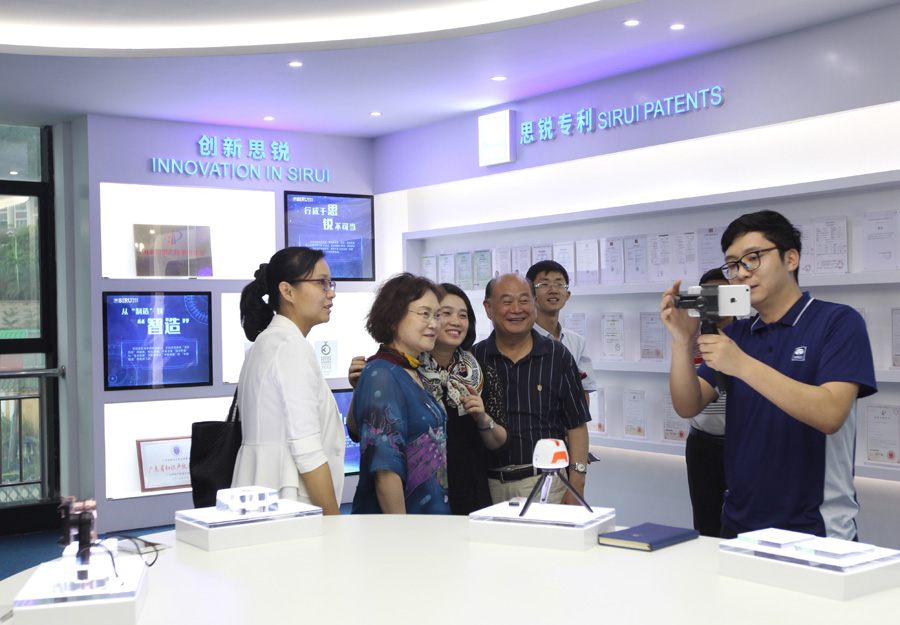 SIRUI Mobile Phone Accessories are one of the most reputable product lines of SIRUI. SIRUI President Mr. Jie Li demonstrated the SIRUI Mobile Phone Auxiliary Lenses and showed the shooting results to the government leaders, and shared the development plans of the new strategic products of SIRUI. 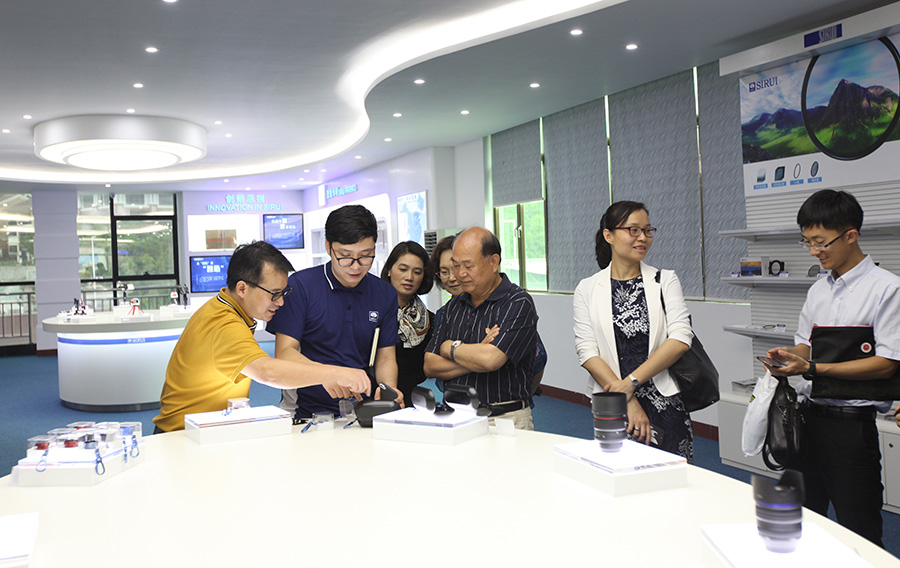 At the Tripod Display Area, the government leaders were very interested in the two international awards that SIRUI tripod R-3213X got in 2018 - the Winner of German Design Award 2018, and the Best of Best of Red Dot 2018. Ambassador Guicheng Lu and other government leaders were highly appreciated for the bold innovation on the upgrade of the tripod support system. 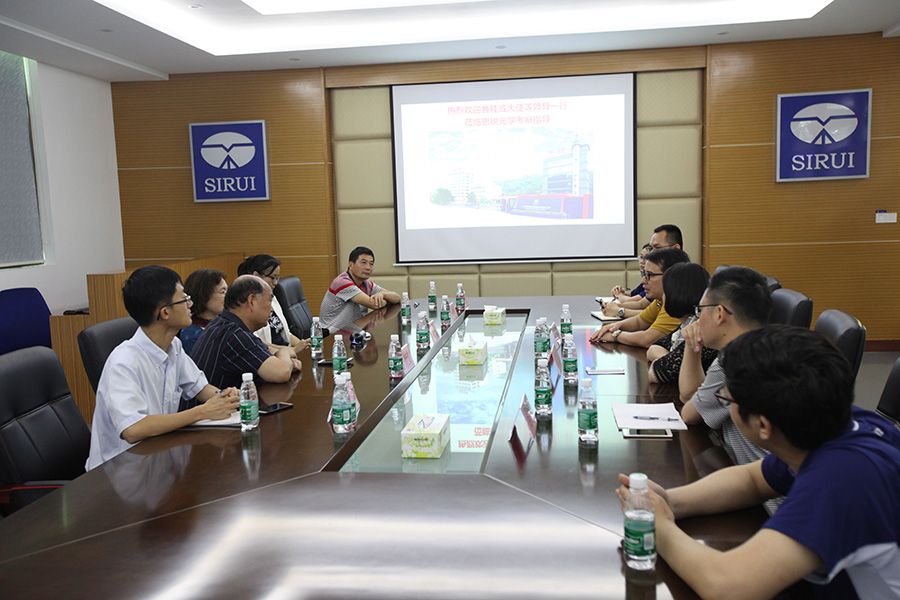 Subsequently, the Director of SIRUI General Manager Office - Mr. Xingfu Su reported the business performance and achievements of scientific and technological innovation to the government leaders. Meanwhile, he alsointroduced the financial situation of the past two years, the financial forecast in 2018, the major scientific research achievements in 2017, the expectation of 2018, and the awards, honors & qualifications in the past two years. 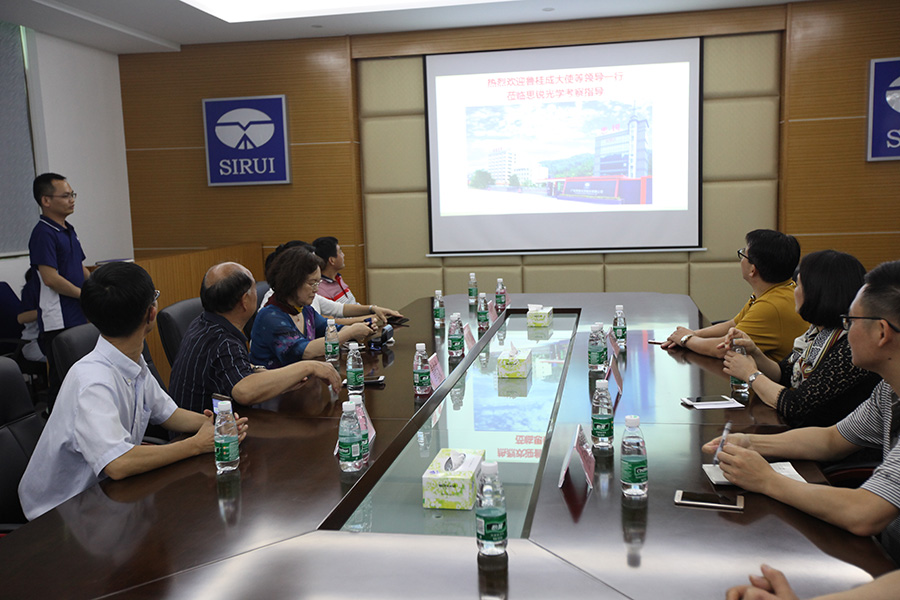 During the exchange session, Ambassador Guicheng Lu shared his views on the high quality development of economy that he had after the party's 19th CPC National Congress. He pointed out that "economic development is not only the increase of quantity, but also the improvement of quality.To adapt to the new era and meet people's increasing need of a better life, high-quality development shall provide constantly updated, better products and services to satisfy people's diversified, individual and rising demand. Enterprises should constantly explore new areas of consumption and consumption patterns to improve and enrich people's life.Enterprise's international competitiveness is more and more reflected on the innovation ability. Technological innovation is the first motive force, it will also effect to the labor, capital, technology, management, and other factors of production by "multiplier".The larger of 'multiplier effect' on the technological innovation, the greater of contribution to the economic development, and the higher of development quality we will get.?