2018 SIRUI New Products Release Conference was held in Zhongshan, China on 24 April 2018. SIRUI has invited its partners and media friends from all over the world to attend the conference.In the morning, SIRUI has shown the partners and media around its HQ Office Building and the Production Building for their learning more of the manufacturing technology and enterprise culture of SIRUI. 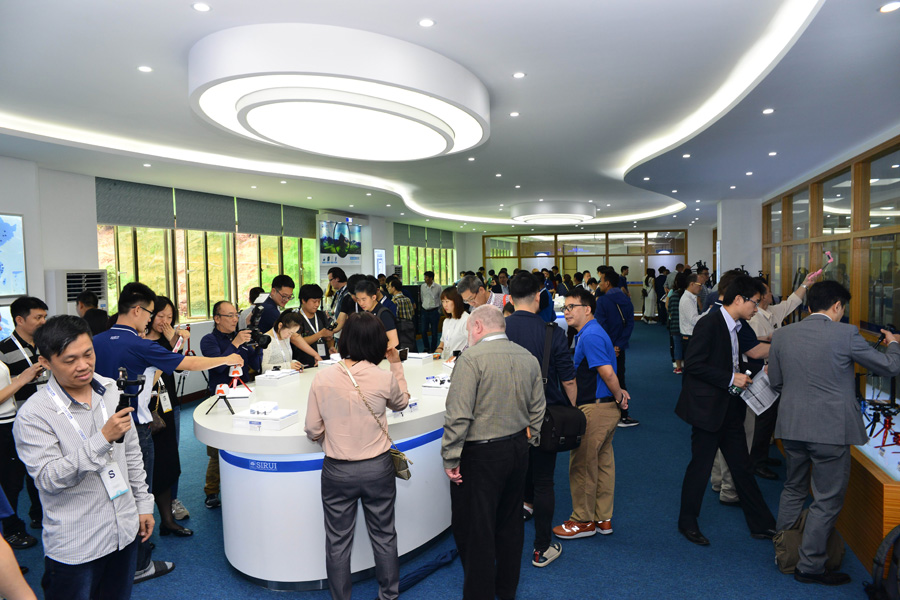 In order to meet the different demands of users from the user's perspective, SIRUI has worked with photographers from all over the world for their feedback and suggestions over the past two years. Meanwhile, SIRUI announced to appoint Mr. Rocky Cai as the 1st Global Ambassador of SIRUI, and released the Rocky Cai Version Filter Holder Kit. This kit is a 100mm Square Filter Holder System, which includes 1pc Filter Holder, 3pcs Adapter Rings, 1pc CPL, 1pc ND1000 and 1pc SGND16 to provide the entry level users with suitable combination of products. 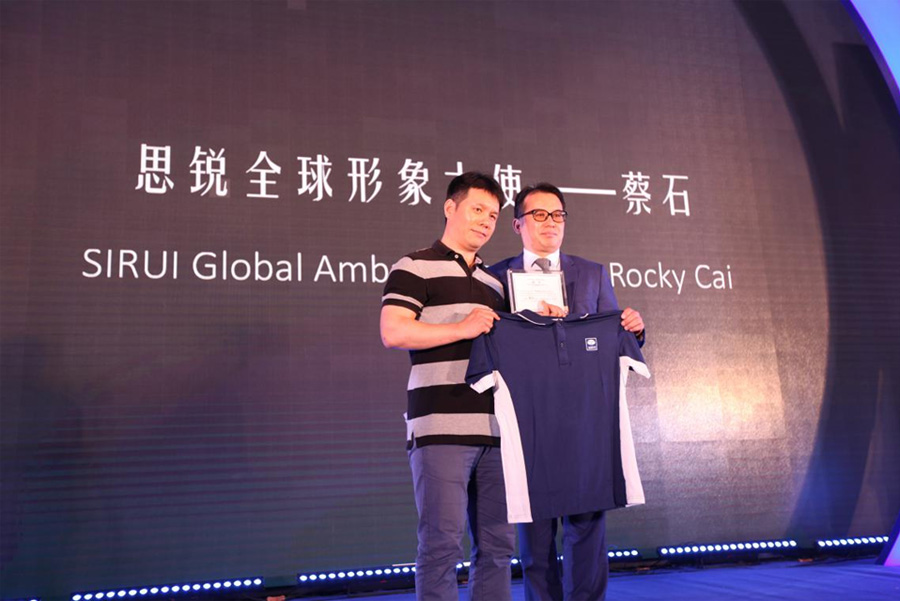 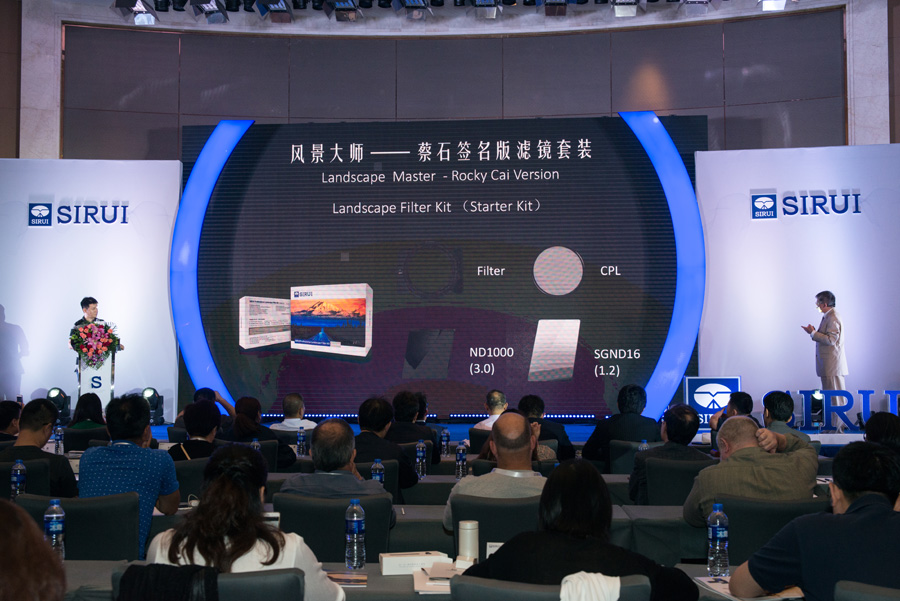 During the conference, the Manager of SIRUI Brand Planning Department - Mr. Borui Bao, and the Manager of SIRUI USA LLC - Mr. Louie Lu introduced the SIRUI new products to all the guests together. SIRUI New Tripod Products, Mobile Phone Auxiliary Lenses and Intelligent Products were released on the conference, and the development direction of the intelligent products was foreshowed as well. 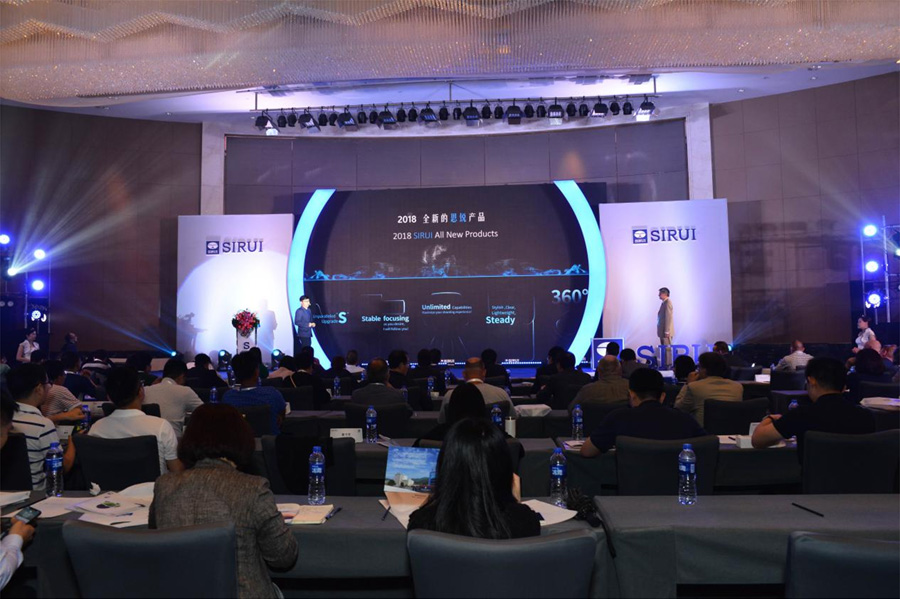 For the tripod products, SIRUI has released the all new generation S grade tripods. They were with arch design of legs to protect the hands, automatic reset leg angle locking buttons to release the long pressing of users, and anti-slip bushing in column design to solve the leg broken problem caused by incorrect cooperation of users. As an important part of tripod legs, the anti-slip bushing is made of Magnesium Alloy with great shock absorption.The leg anti-slip bushing design has been updated and enhanced the stability of the SIRUI tripods. The new S grade tripods released includes the T-0S, T-S, N-S, and SR series. Furthermore, the SR series is a brand new series that with a 75mm adapter bowl on each tripod to provide perfect supporting system to users for photo or video shooting. 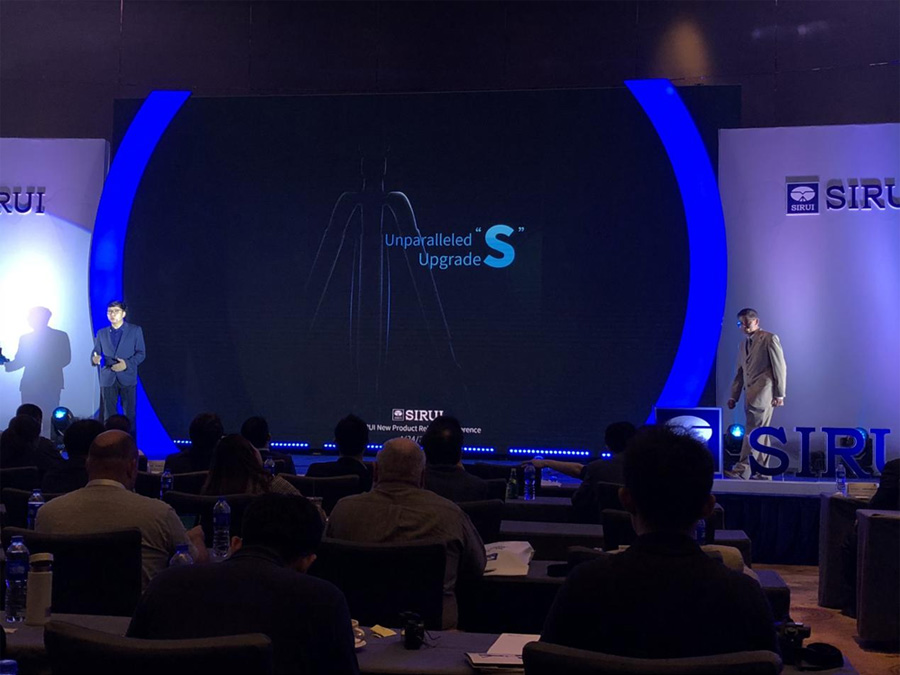 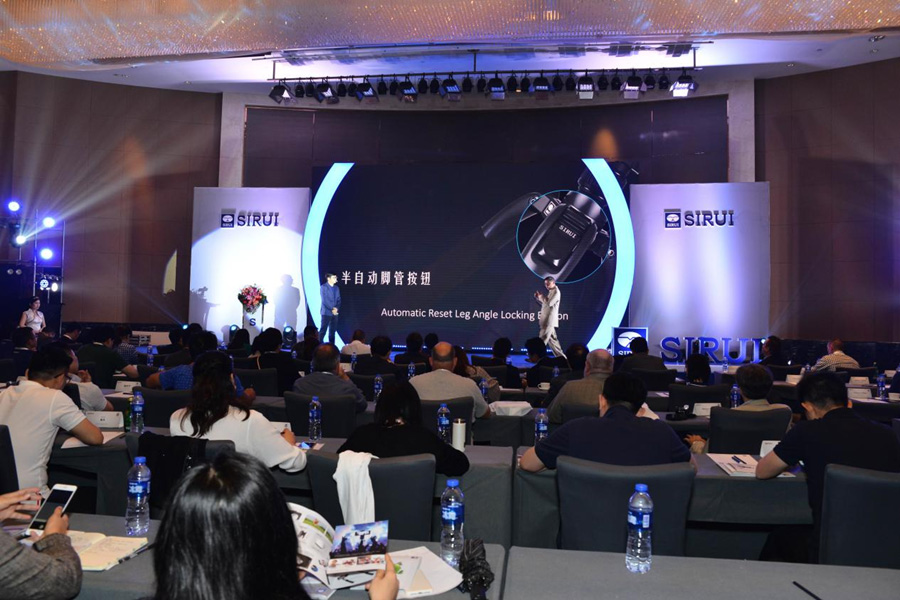 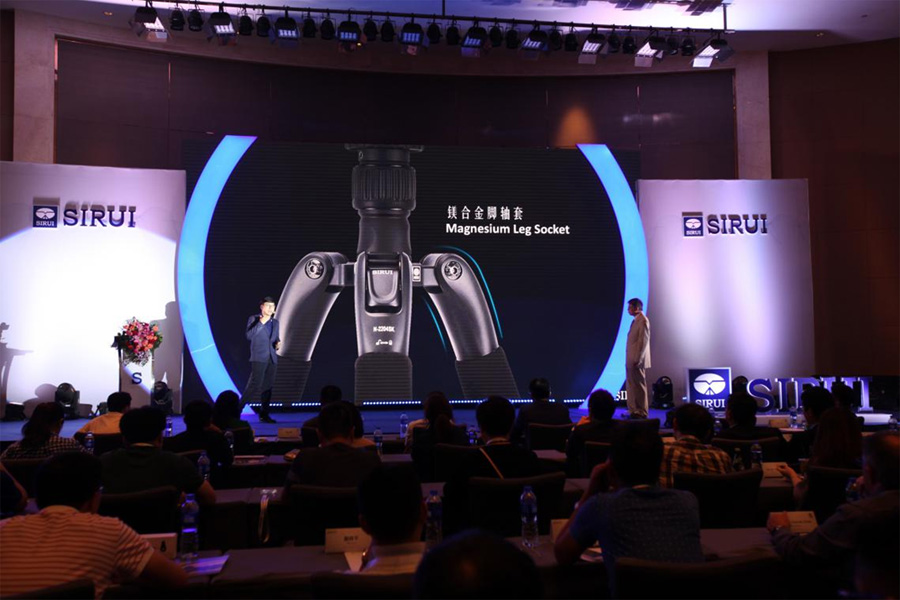 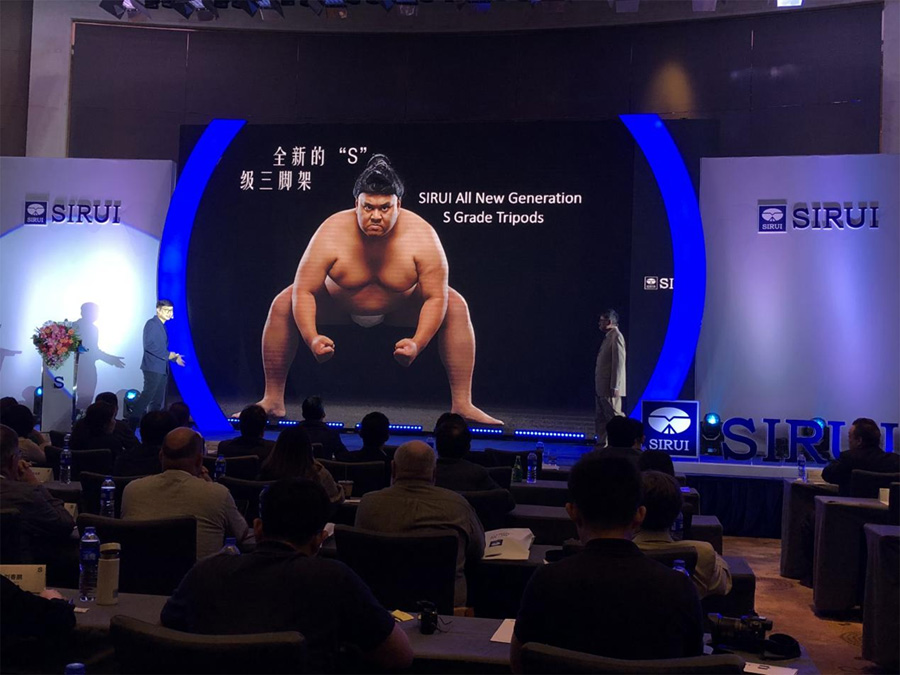 For the Mobile Phone Auxiliary Lenses, SIRUI released the 10X Macro Lens on the conference based on the Wide Angle, Portrait, Fisheye Lenses, as well as the Fisheye Dual Lens Kit. The Dual Lens Kit can help users to capture panoramic photos with a smartphone but without purchasing a panoramic camera. 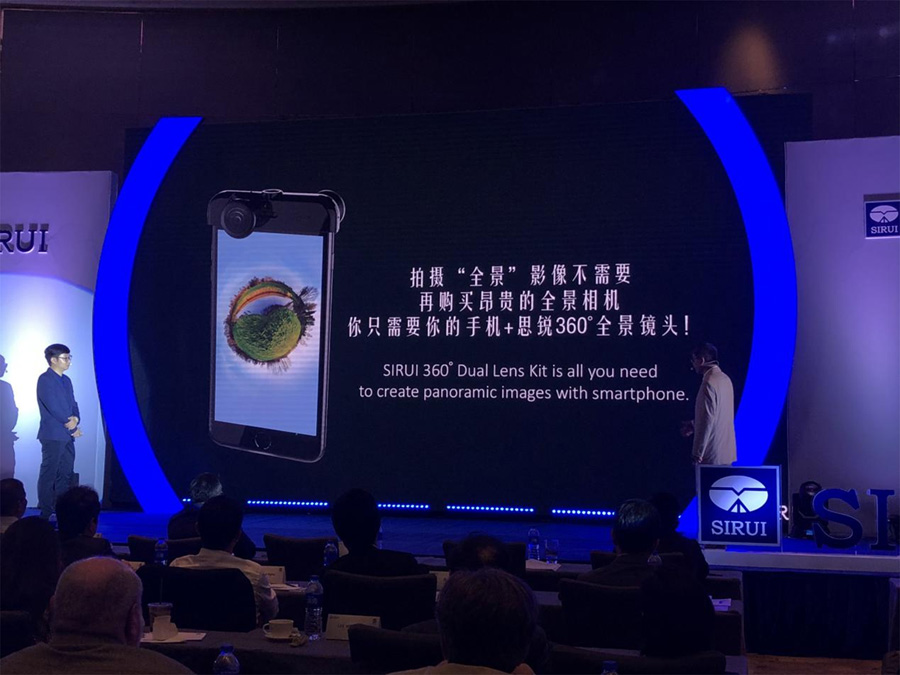 For the Intelligent products, SIRUI released a pocket Single-axis Stabilizer, which includes black, white and pink colors. Lightweight and portable of the stabilizer makes it a perfect solution of users to take video shooting with smartphones. 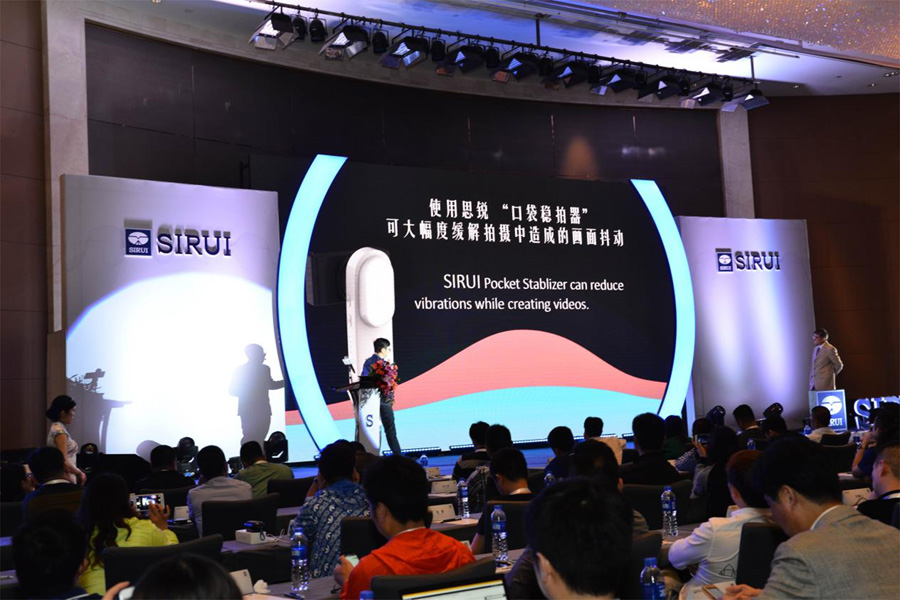 At the end, the manager of SIRUI Brand Planning Department introduced the SIRUI intelligent products development plan of the coming future based on the shooting demands of smartphones to solve the medical treatment, education, mobile working and other issues that closely related to people's life.

And then,announced that SIRUI had started its own intelligent era. 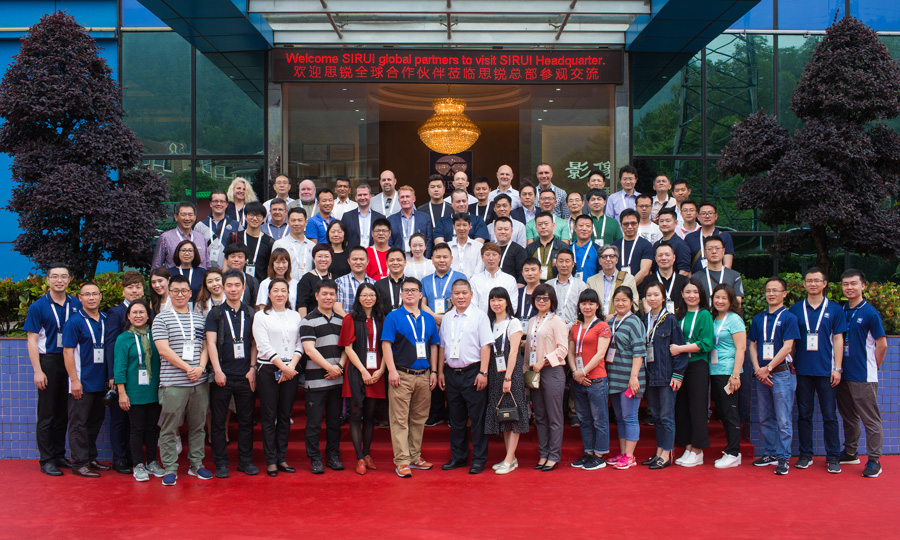